Macon, GEORGIA — Sierra Development Group and Argus Eyed Partners are excited to announce plans for a 700 square foot, hyper-realistic, Allman Brothers-themed mural in downtown Macon celebrating Capricorn Sound Studios and featuring images of Duane and Gregg Allman and Phil Walden. The mural will be painted by Jeks, a graffiti/mural artist from Greensboro, North Carolina, and will pay homage to the historic tapestry that is Southern Rock. The commissioned piece will come to life this week in the alley between the Lofts at Capricorn and the newly renovated Capricorn Sound Studios, now known as Mercer Music at Capricorn.

The artist, Jeks (@jeks_nc), has specially designed the mural for downtown Macon. Jeks has made a name for himself globally with his hyper-realistic monochromatic portraits, as well as massive full color pieces. According to jeksone.com, “The amount of meticulous detail, smooth gradients, emotion and saturation in his pieces set him apart from other artists in the realism field.” He recently completed a stunning work in honor of Little Richard at The Society Garden in Macon and has painted hundreds of walls across the U.S., as well as Colombia and Canada. His paintings have become beloved community landmarks, and this mural will add to the growing momentum in local art and rich music culture in downtown Macon.

“Capturing the entire Capricorn Sounds Studios story in one mural would be impossible because there were so many key players in its success. But without Phil Walden and Duane and Gregg Allman I don’t think there would have been a Capricorn Sound Studios. Phil brought Duane to Macon in 1969 and charged him with forming a band. Duane convinced his brother to leave California and join him in Macon. The Allman Brothers Band was a magnet for other bands like Wet Willie to record at Capricorn. So I think it’s entirely fitting that the artist focused on these three principal characters in his mural. This will no doubt be one of Macon’s most popular photo spots” said Larry Brumley, Mercer’s senior vice president for marketing communications and chief of staff, who helped spearhead the efforts to bring back to life the historic Capricorn Sound Studios.

Mercer has advanced its mission and has been a vital leader in bringing positive change to the landscape and culture of the Macon community. Sierra and Argus Eyed are proud to be partnered with this institution in providing turnkey real estate solutions and are inspired by the economic and generational impacts Mercer has brought to this community. Downtown Macon has become a destination for residents and guests and Sierra and Argus Eyed hope this mural will create a focal point for those who love public art, music, and history.

Sierra and Argus Eyed are expanding their footprint in the Southeast by partnering with institutions in Georgia and surrounding states. They aim to provide outside capital and real estate development solutions for institutions, specifically higher education and healthcare, seeking to use public-private partnerships to find the best possible solutions for their growth. They look to capture opportunities to build on the institutions’ presence in a community and to promote human flourishing and economic growth. Over the past decade, the partnership has resulted in the investment of over $300 million and the successful completion of over 2 million square feet of mixed-use and multifamily projects.

Argus Eyed Partners’ primary focus is on cultivating and supporting institutional relationships where public-private partnerships can create positive synergy. Through creative capital and real estate development solutions, we propel economic growth for institutions to continue to make a generational impact in their communities.

Sierra Development has developed and managed multi-family and student housing properties throughout the Southeast with recent concentration in Middle Georgia. We recognize the crucial impact that can be made by the planning and placement of well thought out properties that cater to the needs of the community. Sierra Development is committed to offering unparalleled service and quality.

About Mercer Music at Capricorn

Mercer Music at Capricorn is a multi-purpose music venue in downtown Macon whose mission is to leverage Macon’s music heritage to create Macon’s music future. The nearly 20,000-square-foot complex features four main components: Capricorn Music Incubator — 12 rehearsal rooms over two floors that provide space for musicians to rehearse, collaborate and provide instruction. Rooms are rented at affordable rates by the day, month or year and are accessible 24/7; Capricorn Sound Studios — state-of-the-art commercial studios encompassing the historic Studio A where bands such as the Allman Brothers, Marshall Tucker, Charlie Daniels and others recorded in the heyday of Capricorn Records, and a new, larger Studio B that is suitable for larger-scale recording, as well as concerts and special events. The studios are supported by a control room equipped with an analog, 40-channel API 2448 that was custom-built for Capricorn, as well as isolation booths and production suites; Capricorn Museum — through digital, visual and audio storytelling, the interpretive component of Mercer Music at Capricorn informs and engages the Macon community and attracts visitors from around the world. At the heart of the 1,200-square-foot museum is an interactive listening station where visitors can sample the Capricorn Records catalog. The museum also features a retail store where fans can stock up on Capricorn-themed merchandise; and offices, co-working space and meeting rooms — eight private offices, three conference/seminar rooms and co-working space are available for rent by non-profit arts organizations, music-related businesses and creative professionals. 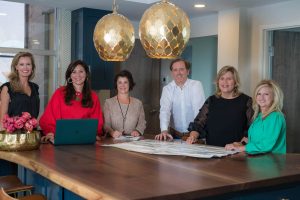 To schedule an introductory call with our team please call 478.219.2882, or contact us here and we will reach out to you as soon as possible.

“They do what they say they are going to do, they do it well, we know we can count on them. We know that even after the development is completed that we can count on these guys.”
https://arguseyedpartners.com/testimonials/bill-underwood-home/
“Public-Private Partnerships are inherently risky, but their reputation for honesty and integrity gave us the confidence to proceed.”

“Public-Private Partnerships are inherently risky, but their reputation for honesty and integrity gave us the confidence to proceed.”
https://arguseyedpartners.com/testimonials/macon-mayor-robert-reichert-home/
"They have always met or exceeded expectations for transparency and compliance."

"They have always met or exceeded expectations for transparency and compliance."
https://arguseyedpartners.com/testimonials/alex-morrison-home/
0
0
Argus Eyed Partners